In 1974 a group of amateur racing drivers got together to form a club which would promote affordable racing for the popular saloon cars of the fifties and early sixties.

MG, Triumph, Jaguar and other sportscars had always been well catered for but the Austin A35, Morris Minor etc, had been left in the cold for some time. Racing in those more relaxed times allowed owners to “arrive and drive” (only needing a crash helmet and licence to compete).

Times have changed somewhat since those days and so has the Club but the watchword in all the regulations is stability which ensures the return of competitors year upon year.

During the past 47 years the Club has evolved and expanded to now encompass seven championships.

Our races are divided by year of manufacture and therefore reflect the relevant period of British Saloon/Touring Car racing applicable to each era. Furthermore, each Championship or Series is sub-divided into classes depending on engine size. 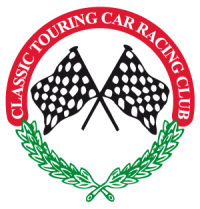